Should a Sydney or Melbourne investor be concerned? 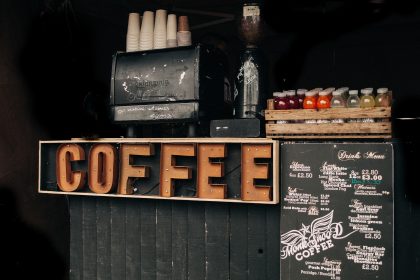 I have a confession to make: I am a property investor BUT I have stopped reading the media about real estate! They are just depressing and I must admit, all this negative hype, was starting to get into my nerves and – I suspect – it was affecting my judgment. I saw it happening in others too… whether it was on investor forums and blogs OR speaking to fellow professionals.

First and foremost, let me tell you this… media companies, love negative news! This is because negative news sell newspapers and increase website traffic tenfold! Having spent over a decade working for a media company in a previous life, I know this first hand.

Media companies thrive on negative news, especially for something as personal as real estate, because negative news sell newspapers and increase traffic on websites tenfold!

So let me ask you this… What do you fear to be the worst case scenario with real estate in Australia? A market crash? Surely you are not thinking a Detroit kind of real estate collapse which followed the decimation of the motor vehicle industry in 2008… From memory, houses there began to sell for 50 and 60 thousand dollars and even then no one wanted them! Well, I have news for you: IT IS NOT GOING TO HAPPEN ANYTIME SOON IN EITHER SYDNEY OR MELBOURNE!

This is because these booming cities are vastly different to Detroit which was reliant in one industry. Both have experienced strong economic growth for decades and continue to do so with no end in sight! Their respective populations are also growing at a rapid rate, both predicted to double in size in the next 30 or 40 years. This is millions of new people arriving at each city looking for a place to live! This is why despite the media talking about the oversupply of apartments for years now, the underlying demand for quality housing in both megacities, has and will always outstrip supply no matter how much high density housing developers build!

But let’s look at the facts right now. According to the August Corelogic reports, combined national capital city dwelling values, fell 2.4% over the last year, while Sydney property values dropped 5.4% over the same time and Melbourne 0.5%. Big deal! When considering the growth that both cities experienced over the last 4-6 years, unless you bought your property in recent months and you must absolutely have to sell now, this is hardly worth worrying about! Even if prices were to drop another 5% or 10%, do you really care when you know that if you hold onto your property long enough, you will eventually make back that money plus a lot more?

It should also be noted that, always according to Corelogic, the segment of the market that has suffered the most, is the upper end of the market (the million dollar plus properties), which clearly are NOT what the average residential investor – like me – would have in their portfolios.

And then, it’s the rental vacancies. Corelogic reports that Sydney metro rents fell by 0.3% in the last quarter and 0.4% from their peak! That’s less than $2 a week on an average weekly rent of $550! But let’s assume for a minute that they fell some more… let’s say it was another $5, $10, or even $20 a week. Isn’t that something that any prepared investor could absorb anyway? I would think so…

Sale price softening in Sydney and Melbourne, should not be a cause for concern given that if you hold onto to your property for long enough, you will eventually make back your money plus a lot more!

But let me also give you an example of what I am seeing on the ground, everywhere we have properties which is anywhere from lower North Shore, to CBD, to Inner West, South West and St George. Whilst we are not the largest of agencies around our area, I am pleased to report that all our properties are happily tenanted with great tenants. In fact, our latest property came through to us less than three weeks ago, through a referral. It was a lovely recently-built vacant apartment in a high density building in one of the main roads in South West Sydney.

Four other identical apartments were also advertised in the same building at the same time and 27 more less than a kilometer away! That’s “oversupply” for you, right?

The property was put on the market two weeks ago and after 2 openings, I am pleased to report that we received 3 lots of good applications. These were applicants with jobs that all 3 could have had the apartment. And if you think that was luck, let me give you some more stats… During our two-week campaign, over 600 people browsed the property on realestate.com.au and 9 people commenced the application process and never finished it whilst 30 more had saved it in their diaries and – I assume – were planning on visiting at the next inspection which we had to cancel.

Are you still worried about your Sydney investment being vacant for too long? You shouldn’t be!

Even in overdeveloped high density dwellings in Sydney, there is still a lot of demand for rental properties and vacancies are filled quickly.

The bottom line is this: Sydney and Melbourne are the economic powerhouses of Australia. Combined, approximately 8 million people live and work there. They both have low unemployment and let’s be honest, anyone that wants a job in either of these, could have one tomorrow if they really wanted one and weren’t too picky!

And yes, both of them are expensive cities to live in, but this is no different to any other similar large city in the world.

But let me share another story which will address the fact that Sydney and Melbourne are expensive cities… Earlier this week, I happened to visit the Sydney CBD. Whilst there, I couldn’t help but notice the buzz from the large number of people in expensive suits, all busily running around to who-knows-what destination they had! Whilst waiting for my coffee on one of the many trendy coffee shops – all of which had very long queues, I witnessed 8 staff in a 3X1m stall, service over 50 customers in less than 10 minutes! I estimated their turnover to be somewhere between $10,000 and $20,000 a day! I have seen the same story in Melbourne!

People is these two cities have a lot of disposable income! And they have no problem spending it… Yes, not everyone is well paid in Australia, but there are a lot of people that are and no one can dispute that! We are a rich country that has all its fundamentals right. We are easily the envy of the Western world and we should be happy and ecstatic that we live and raise families here!

So putting it all together… As a Sydney and Melbourne investor, I see that I have a steady job as many others do, and have no real reason to sell in a hurry whilst I am happily collecting a descent rent confident that it will continue.

On the other hand, my investments are in the safest and most affluent per capita country in the world – that has an abundance of oil, gas and minerals, in its two largest cities, where millions of people around the globe would do anything to live and work in and, some of them, will be arriving in the not too distant future!

Am I worried? Not really!

Our area of focus is residential property and we operate in Inner and South West Sydney, as well as St George.

NextGen was created from its infancy to cater for investors as it was founded by investors who quickly realised that in a highly regulated industry like Real Estate – competence, expertise, care and service by property managers varies greatly.

As an investor, you need to have trust for and feel valued by your property manager. You need to know that your property is being looked after with minimal disruption and you are getting maximum return for your investment. At NextGen we understand that because we are investors living busy lives ourselves, so our promise to you is that you will no longer have to worry about your most valued asset because we will make sure to take care of it as if it is our own.

If you want to learn more about us just click here to organise a time for a chat. Or call us on 0414 494 840. We would love to hear from you and to share our story.

Subscribe to our quarterly newsletter to receive a market update, vacancy rates, important information and useful links and tips.

We’d love to hear from you.

If you want to know what we do and how we can help you, feel free to get in touch.

Areas we service
We are local to Sydney CBD, Inner West, Eastern Suburbs, St George, Inner and South West Sydney where we have lived and operated for over 30 years!

NextGen Property Mgmt are the best Property Management Company in Sydney. Our differentiator is that we are landlords ourselves!

We are not worried about distance as we are mobile. Our Property Managers love using video conferencing and utilise all the modern technologies.

We are a boutique start up that specialises in property management. NextGen Property Mgmt does NOT have a sales team unlike most other agencies that specialise in Sales and have Property Management as a side business.

Our area of focus is residential property and we operate Inner and South West Sydney as well as St George.